We dream of a smoke-free Estonia, where people live healthy and happily.

We want to support people in quitting smoking and thereby reduce
the health damage caused by tobacco smoke. NNA Smoke Free Estonia announced that the Estonian Parliament voted to suspend the collection of excise duty on e-liquids in order to reduce cross-border trade and illicit trade. Excise duty will not be collected from 1 April 2021 until 31 December 2022. According to various estimates, self-mixed, cross-border and smuggled e-liquids account for 62-80% of the entire Estonian e-liquids market.

"Suspending the collection of excise duty will make it possible to lower the price of e-liquids and thus offer consumers controlled and safe products at a lower price. It has the potential to become a success story if we manage to reduce both the illicit trade and cross-border trade and at the same time offer less harmful alternatives to cigarettes at a more competitive price," said Tarmo Kruusimäe, Member of the Estonian Parliament and Chairman of the Parliament's Smoke Free Estonia Support Group.

Since 2018, the Estonian excise duty on e-liquid has been 0.2 euros per milliliter. When the excise duty came into force, Estonian e-cigarette users started buying e-liquids from Latvia and Russia, where prices are several times lower. Additionally, illicit trade of e-liquids began to grow, and often minors were both sellers and buyers in that black market.

An additional reason for purchasing e-liquids from the black market or across the border was the 2019 restriction banning the sale of e-liquids other than tobacco-flavored or flavorless in Estonia. For Estonian e-cigarette users, Latvia is the closest country where they can buy e-liquids that suit their taste and meet the European quality and safety requirements. 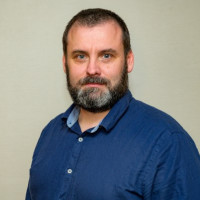 “Estonia's example with over-taxation of e-liquids should definitely be an educational experience for other countries as well. If laboratory-tested and legal products are made too expensive for consumers, they will look for solutions in the black market, self-mixing and cross-border trade. Some people give up e-cigarettes and return to smoking, which happened in Estonia,” said Ingmar Kurg, CEO of NNA Smoke Free Estonia, and a member of the International Network of Nicotine Consumer Organisations (INNCO).

According to MP Tarmo Kruusimäe, the long-term goal of Estonian public health is tobacco harm reduction, and reduced-risk alternative products provide smokers with an opportunity to quit and dramatically reduce their risks.

During the discussions in the Estonian Parliament, it was pointed out that although the suspension of the collection of e-liquid excise duty will bring some e-cigarette users back to the legal market, they will continue to add flavorings to e-liquids. Self-mixing to add flavourings could pose a potential threat to health, which is why several MEPs expressed the opinion that the restriction on e-liquid flavours should be abolished in Estonia, so consumers can be sure that the products they buy are safe.

"The Estonian e-cigarette black market is like a stool standing on four legs - extremely high excise duty, flavour ban, e-commerce ban and other restrictions. Today, we are breaking the leg of excise duty from the black market stool to make legal e-cigarette liquids more competitive. It is in everyone's common interest to offer adults a more diverse choice to quit smoking with less harmful products,” said Kruusimäe.

We are member of